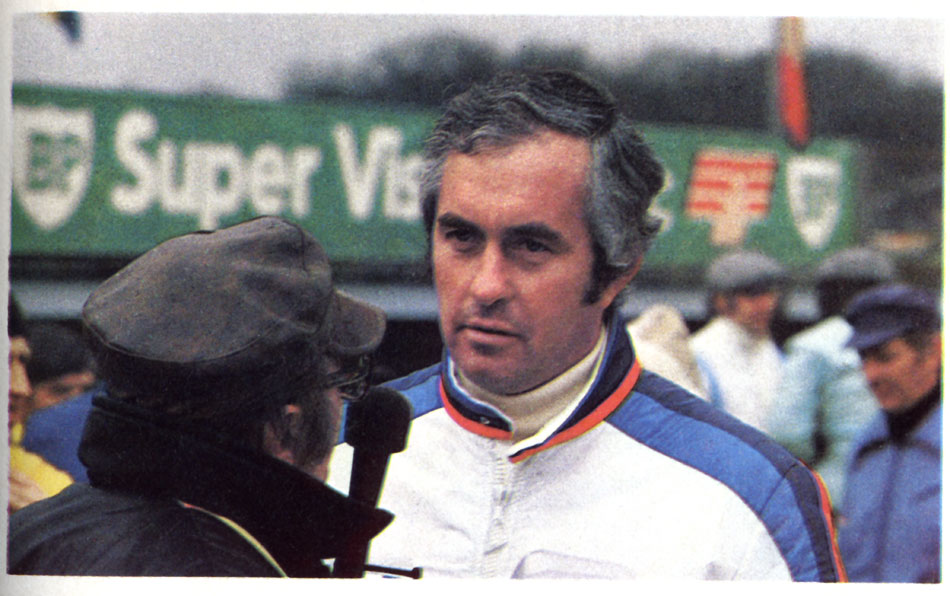 Penske:  The Name of the Game is Winning, excerpts from the book The World of Automobiles, An Illustrated Encyclopedia of the Motor Car, Who’s Who / Penske

From the book The World of Automobiles, An Illustrated Encyclopedia of the Motor Car, Who’s Who / Penske copyright 1974 by Orbis Publishing Limited, London distributed by Columbia House 51 West 52nd Street, New York, NY 10019 Chapter Who’s Who — Penske:  The Name of the Game is Winning pages 1665 – 1668.

.
The Roger Penske Story begins with The youthful racing driver, and develops into Roger Penske the millionaire businessman Grand Prix car builder, and NASCAR team owner/operator. It spans many years and contains an element of intrigue, because Penske has not always divulged everything, especially where United States factory support is concerned.

Of German descent (his grandfather came from Leipzig), Roger Penske was born in Philadelphia on 20 February 1937. His wealthy father was vice-president  of a warehousing firm and taught Roger early to earn his money. At the age of nine, he and his father became regular attendees at the Akron Sportsmen’s Park, watching midget-car racing. He said, ‘We went for years. It was built into my blood, and I knew I’d race some day.’

At the age of 14, he borrowed sufficient money to buy a Norton motor cycle, a machine used for Penske’s Newspaper route. After a serious accident, though, when a parked car pulled out in front of him and he spent 12 weeks in a hospital, he bought an MG TD and began working for a foreign-car dealer when not at university. Soon, Penske became involved in buying and selling cars, and worked for Ben Moore a Chevrolet dealer. Moore encouraged Penske to take up racing himself and at the age of twenty he took to the tracks with a Jaguar XK 120, also competing in hill-climbs. As soon as he was 21, he became eligible to compete in Sports Car Club of America events and he went to a racing drivers’ school at Marborough. His tutors were two well-known competitors, Dick Thompson and Fred Windridge, and in just one weekend they shaped him into a capable driver. At that time Penske ran  a 1958 Chevrolet Corvette, and by the end of the weekend, which included two time trial races, it was becoming tired (the car not Roger) However, it survived three further races in 1958 – including a victory at Berwick – before it was sold in September when Roger married Lisa Stouffer, restaurant heiress (yes that Stouffers).

At the end of 1958, Penske traded in a gullwing Mercedes-Benz 300SL to purchase his first pure racing machine, the former competition car of Bob Hobart a Porsche RS. It provided Penske with some success, but when attending the Sebring 12-hours early in 1959 he saw the latest model Porsche and decided the RS was too uncompetitive. He bought a Porsche RSK and, co-driving with Harry Blanchard, won the Sundown six-hours at Harewood, Ontario. Later, Penske teamed with Skip Callanan,and won the 8-hour ‘Little Le Mans’ at Lime Rock Connecticut in a Fiat-Abarth. In 1960, he battled with Bob Holbert for the Class F SCCA National Championship, among his successes being victory in all three heats of the Carling 300 at Harewood, ahead of Oliver Gendebien, Pete Ryan and Holbert. At the very end of the year, he purchased a Porsche RS60 from Jim Hall for the rich professional races at Riverside and Laguna Seca, but for once his luck turned sour.

In 1961, teamed with Holbert, Penske finished fifth overall in the Sebring 12-hours and won the Index of Performance handicap section. He chatted with Cooper works driver Bruce McLaren and decided to order a Cooper T57-Climax. Both were delivered in August and until then he raced a Maserati T61, the ‘Birdcage’ model, winning at Elkhart Lake, Lime Rock and Meadowvale. In October, he took part in the United States Grand Prix at Watkins Glen against cheifly European opposition, finishing a good eighth in his Formula One Cooper. Penske concluded the year with fine performances at Laguna Seca, Riverside and in the Nassau Speed Week with the Cooper Monaco. he won the class D SCCA National Championship plus the Most Improved Driver of the year.

Then came a new episode in the life of Penske. The BS degree in industrial management, gained at Lehigh University in 1959, had not been won for nothing. While at Nassau, Penske had noticed an advertisement on the side of fellow competitors Ferrari and promptly wrote a five page letter to DuPont, who handled Telar and Zerex antifreeze, suggesting he could run under their name. The deal came off and Penske’s cars became known as Telar or Zerex Specials.

Early in 1962, Penske visited Briggs Cunningham, for whom he was to drive a Maserati engined Cooper Monoco in the Sebring 12-hour, and off in a corner he spotted the wreckage of the Formula One Cooper T55-Climax crashed by Walt Hansgen in the previous Octobers United States Grand Prix. In exchange for some Maserati parts, Penske became the owner of the wreckage and, with the aid of Roy Gane, Penske’s chief mechanic, he straightened the frame and rebuilt the car as a single-seater sports-racer. A very light machine, scaling at 1100 lb, it was powered by a 2.7 liter Coventry Climax FPF engine and clothed in a aluminum body, a contribution from Penske’s post-college employer, Alcoa. Known as the Zerex Special, it won three major races at Riverside, Laguna Seca and Puerto Rico, beating top American and European entries, but it caused controversy as its centrally placed seat contravened FIA Appendix C sports car regulations. However, the United States Auto Club, which sanctioned the races, had previously declared it legal. Earlier in the year, Penske had campaigned his Cooper T57 Monoco-Climax successfully to win the East Coast SCCA Championship; he also ventured to Europe, to Brands Hatch on August Bank Holiday Monday, finishing fifth in the Guards Trophy to Mike Parks, Innes Ireland, Jo Bonnier and Carlo Mario Abate. With his Formula One Cooper T55-Climax, now with a 2.7liter engine, he was second in the Pipeline 200 to Dan Gurney and won the first heat of the Hoosier Grand Prix.

For 1963, Penske modified the Zerex Special to a two-seater specifications and brought it to a Brands Hatch for the Guards Trophy once more. This time he walked away with the race, conquering the best European race cars. He also drove a 4-liter Ferrari 330 TR/LM with Pedro Rodriguez in the Le Man 24-Hour, but retired, and in the Tourist Trophy at Goodwood he was a disappointed eighth in a special-bodied Ferrari 250 GTO. Earlier in the year, he had co-driven a Ferrari 250 GTO with Augie Pabst in the Sebring 12-Hour, finishing forth overall and winning the GT section. At the end of 1963, Penski found the Zerex Special becoming uncompetitive, beaten by lightweight machines powered by V8 American engines. He switched to John Mecom’s team, driving a Chevrolet-engined Cooper and a Chevrolet Grand Sport V8 coupe.

Early in 1964, Penske gave up his job at Alcoa to take over a General Motors agency in Philadelphia. He joined the General Motors-agency in Philadelphia. He joined the General Motors-backed Chaparral team, taking second place at Riverside, winning at Laguna Seca and in two of the three major events in the Nassau Speed Week-he won the third, too, in a Chevrolet Corvette Grand Sport. At the end of the year, having already signed up to drive for Chaparral again in 1965, Penske suddenly announced his retirement from race driving. He gave the pressure of his expanded business operation and family responsibilities as his reasons, but added, ‘I hope to be able to sponsor a car one day, just to keep my hand in’.

Excerpt from the book The World of Automobiles, An Illustrated Encyclopedia of the Motor Car, Who’s Who / Penske copyright 1974 by Orbis Publishing Limited, London distributed by Columbia House 51 West 52nd Street, New York, NY 10019 Chapter Who’s Who — Penske:  The Name of the Game is Winning pages 1665 – 1668.